There are those days when our feelings dominate our beliefs. Right? In this culture of “if it feels good, do it” mentality, our beliefs tend to get tossed out the window and we camp on our fleeting feelings to carry us through our days.

That’s exactly what happened to those disciples. Mark 6 tells the story of Jesus and his disciples trying in vain to have a mini retreat to mourn the loss of John the Baptist who had just been killed.

Scene One:  Jesus invited them to get in the boat and push off to a lonely place and rest. But the people, not knowing of their grief, followed them, wanting a moment of time and teaching from Jesus. So Jesus brought them together on a grassy knoll to teach and heal them. The crowd grew hungry and they forgot to bring lunch. Jesus instructed those weary disciples to feed them. They found five loaves and two fish.

Right before the disciples’ eyes, Jesus fed over five thousand people with that small offering. Catch this. Before Jesus gave the food to the disciples to give out to the people, He lifted his head to heaven and blessed the food. All the power that Jesus poured out came straight from His heavenly Father, the Provider. Jesus’ provider  became the people’s Provider. Was this act lost on the disciples? Apparently.

Scene Two:  Jesus tried again to send His beloved tired disciples out on the boat “to a lonely place” to retreat. To rest and to breathe. Jesus hung back to say good-bye to the last stragglers trudging back to their homes, filled.

The seasoned fishermen seemed to be over their heads that night, straining with the oars, the wind was so powerful. After midnight, with the storm still raging, they spotted a ghost out on the water! Scared out of their wits, they screamed and hollered. Basically, they panicked. Jesus, the ever calm one, said to the frantic men,

As soon as He entered the boat, the storm abated. They breathed and just stared at Jesus, wondering, not about what just happened, but who was this man?

The next verse says, “for they had not gained any insight from the incident of the loaves, but their heart was hardened.” (Mark 6:52)

Take away:  As I was pondering this, some of my single moms come to mind who have told me their concerns about whether they would be able to provide for their family. A job is on the line, they are laid off right now,  struggling with some bills, feeling desperate, tired and sometimes alone. Such very real concerns. But this story said a few things to me about how similar we all are to the very human disciples.

The disciples had left their jobs and families to travel the countryside with this prophet who had called them. And just recently, they had been hit with the news of a dear friend, John the Baptist, who had been brutally killed. Jesus, knowing they all needed some rest and some time away from the crowds sent them away on the boat.

The crowds demanded their attention. They all had to press through their weariness, their grief, and minister. Again. But Jesus also showed them His Father’s provision at the meal when he fed all those people. He knew the crowd wouldn’t get the deeper message that He provided the food.

After that miracle, Jesus once again, showed His power over the creation by calming the storm in front of His disciples. Why?

To show them that He provides. He protects. He is God.

I know. We’re all like the disciples. Spell it out for us, Jesus. So, you provided for my family so far. You’ve put food in our bellies all last year and the year before. But today, Jesus, it is different. This job doesn’t pay enough and I’m afraid I won’t be able to keep providing for my family. Jesus, I’m tired. I’m lonely.

We all have these times when we are leaning into our feelings and forget to lean into our beliefs about who Jesus is and how He has been providing. He has been our strength. He has protected. He will not stop.

What do we do? Trust. Breathe and remember who this Jesus is whom we say we believe in and lean into Him. Fully. Right now.

Personal example: Last week we mentors thought we were going to have to meet in the same community building as the rowdy young cub scouts on Wednesday nights. Even though they are assigned the bigger room, our two smaller rooms off to the side of the big room was not going to be large enough for the number of moms and their children we were expecting.

Had we prayed over this change in rooms? You better believe it! And then we reluctantly left it up to the Lord, trusting more in His name and character than in our distraught feelings. And we went on with our lives

I met a gentleman Tuesday afternoon when I went to see those two rooms again and try to visualize how we would manage. He greeted me at the entrance of the community building and when he heard about the single moms ministry, he suggested I talk to the church receptionist one more time and explain that the cub scouts would truly be dominating in size and sound each Wednesday night.

I returned to the receptionist with fellow mentors who met me in the parking lot, and she graciously put us back in our room upstairs along with the room next door for our children this fall. We thanked her profusely. She had realized she could give us those spaces and still have spaces for new adult Bible Studies that would be taking place the same night.

“You have not ’cause you ask not” Lonnie Hayter, Baptist Student Union Director in the dark ages of the 70’s at Baylor University! 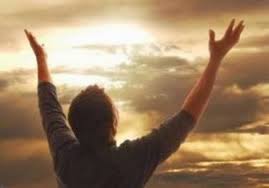 Believing in and trusting in HIM.

Our provider. No matter what.

Eyes off our circumstances. Focus on Him.

Father in heaven, forgive me when I forget to remember how much you love me and want to provide for me. Help me to trust you for every single detail of my life and to delight in depending on You! In Jesus’ name, Amen.